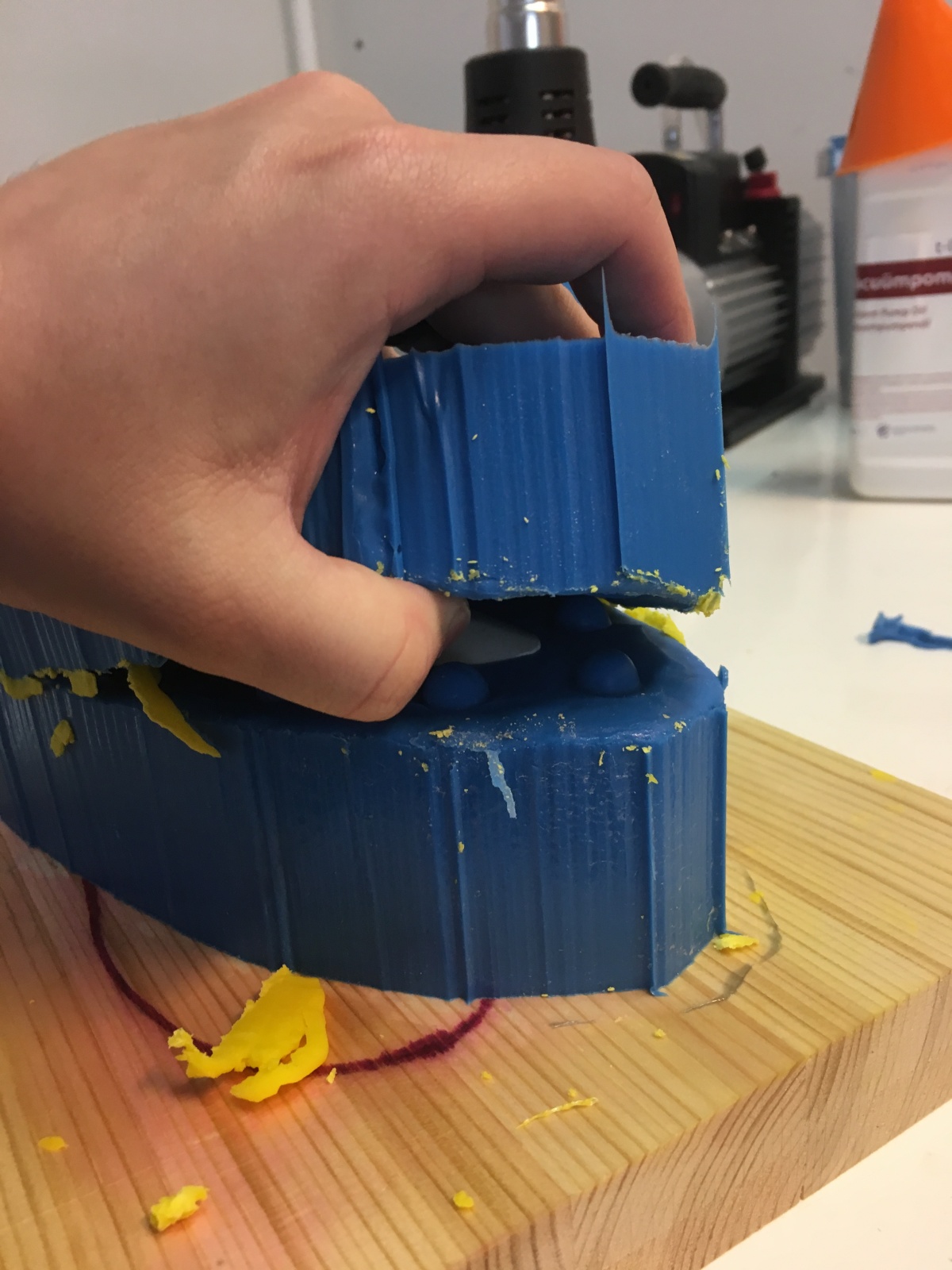 Woohoo! This has been a crazy exciting week. I stubbornly went back for another try at the mother mould for Clariel. I was terrified that I’d fail once again and have wasted over 100 euros on silicone.

I was especially nervous because one spot was a bit of a different colour and firmness than the rest.

But it wasn’t sticky and my finger didn’t sink into it soooo, let’s get it out of the moulding box.

Well it looked like it was all okay. But I would only be able to know for sure by separating the two halves. This was the moment of greatest tension. The moment of truth! Would it be sticky inside? Would it have somehow cured to the other half, trapping the model sword inside?! I didn’t know. I’d have to open it and find out.

It cured! It cured all the way through and didn’t do anything crazy! I can’t tell you the relief I felt. That was so much work to get it right and my mistakes were not cheap but it all paid off.

Ahh, there it is. That’s exactly what I wanted. I really needed that win. it fits together just perfectly. No weird gaps. No bubbles. No cracks. Hurrah!

Now on to the mould jacket! This mould is too wobbly to support itself indepedently so it needs a “cast” around it to keep it from popping open or deforming when I pour the resin in. Imagine it like a body; right now, it needs bones so it can stand up. 🙂

And it hardened before I was done working with it! well that’s useless.

So I gave my dear mould a nice, relaxing mud-mask.

Really, though, that’s hobby concrete smooshed into layers of burlap cloth. I’m hoping it will be strong enough when dry to not crack or crumble. We’ll have to see! This is how I left it last Friday night so this morning I will check on it and see how my experiment went. Don’t worry! I’m not out of ideas yet!

I have determination! I have sisu! And if that doesn’t work, I have coffee.