Ahhh yeah. It took me a couple days to carve the prototype for Clariel. Now I can take the first mould of it. After that, we move on to the second prototype which will be made of plaster. I’ll be able to get a much, much smoother surface with higher detail with plaster.

I’m moving to a new workshop! Don’t panic. It’s in the same building on the same floor so it won’t take long. Probably a day or two. This new room is a bit more expensive but it’s also a bit larger and has a couple windows.

I decided to take on this added expense for the sake of having a window so that I can have fresh air and natural light to work with. Alumilite is a very low-smell resin but it’s still recommended to have fresh air when working with it. I’ll post pics as soon as I’m able.

Until then, stay safe out there Shadowhunters. 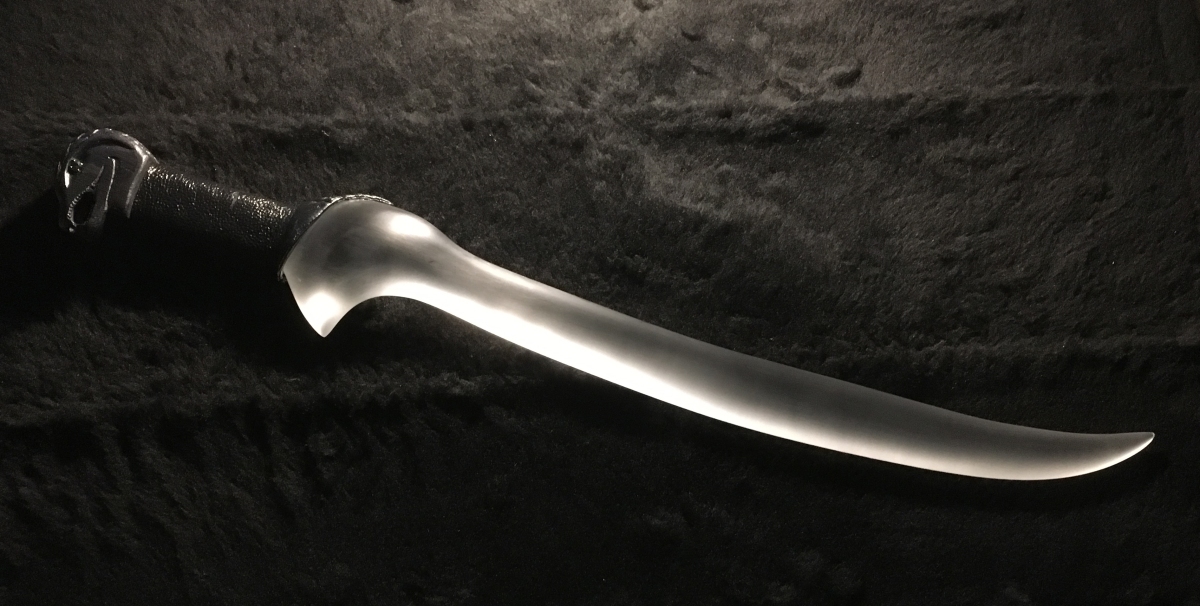 Hi folks! I logged in today to say I’m back from my trip to Canada and realised I didn’t make a post to say I went away in the first place. Duuuuuh good job Ethan. XD Sorry about that everyone.

To the people who have been waiting patiently for me to get back to their emails, thank you so much and I will respond as soon as I can. I’m still really jet-lagged and I want to give you a response when my brain is actually working.

The finger I accidentally chopped is healing up nicely. I still have a lot of numbness in the tip of it but the feeling’s gradually coming back. There’s one spot that’s rather sore that I think I damaged the nerves there. Feels kind of like when you bang your elbow on something whenever it touches a hard surface the wrong way. Typing is still annoying but getting better slowly.

Even on vacation, I was still thinking of y’all. In fact, I spent an afternoon chattering with an engineer friend about manufacturing. He also does resin casting and moulding projects though on a much larger and more industrial scale than me. But whether you’re casting machine parts or art, it’s the same principal.

In short, I got some really valuable knowledge on rapid prototyping, moulding, casting, saving money on my development stages while still producing quality stuff. He wants to have a look over my sketches and schematics as I launch into resin casting my swords so he can give some feedback as I go.

To tell you the truth, it feels great to have a bit of practical support in this crazy endeavour of mine. I don’t need much. Just an occasional glance over my shoulder and a comment or two steering me away from pitfalls and letting me know that there’s an easier way to do something. I’ve been doing this alone for more than two years now and it’s been hard. It’s been lonely. And I’ve had to learn everything the hard way by trial and error. But, like the Iron Sisters, I’m too stubborn to give up.

“A Shadowhunter must behave as though victory is assured,” as the Codex tells us, and I haven’t forgotten that. Quitting is not an option for me, and never has been.

What’s coming up in the near future? You can expect to see in-progress photos of my planning, prototyping, and casting phases as early as next Monday. I’ll be answering your emails as early as today. I will be continuing development on witchlights and steles and you can expect to see my progress on that too. (So far I’ve got silicone boogers that were not the density I wanted so I’ll be making resin versions of the witchlight instead. LOL )

After I’ve moulded and cast a Clariel model I’m satisfied with, I will be putting up a poll for you to vote on the next model to be put into production. I have a feeling I know which one it’s going to be but I want to hear from you all! Your input is my guiding light and steers what I create in my workshop.

As soon as I have a reliable system of production, I will be putting up an Etsy store for a much easier ordering process. So far, I’ve been hiding out in this remote corner of the internet because I’m totally overwhelmed by orders as it is. XD Once I know that I can keep up with demand, I can put my fuzzy face out there for all to see and get Seraph Blades out to all the lovely Shadowhunters who need them.

Before I trundle off to the workshop, I want to let you all know that I’m so very grateful for your support. The emails and comments that pop up in my inbox every morning put a smile on my face and remind me of what all this work is for. I feel super lucky to be making cool stuff for other Shadowhunter fans. You inspire me to create, forgive me when I screw up, and give me courage to keep going when the going gets tough. We have such a great fan community. Love you all. ❤