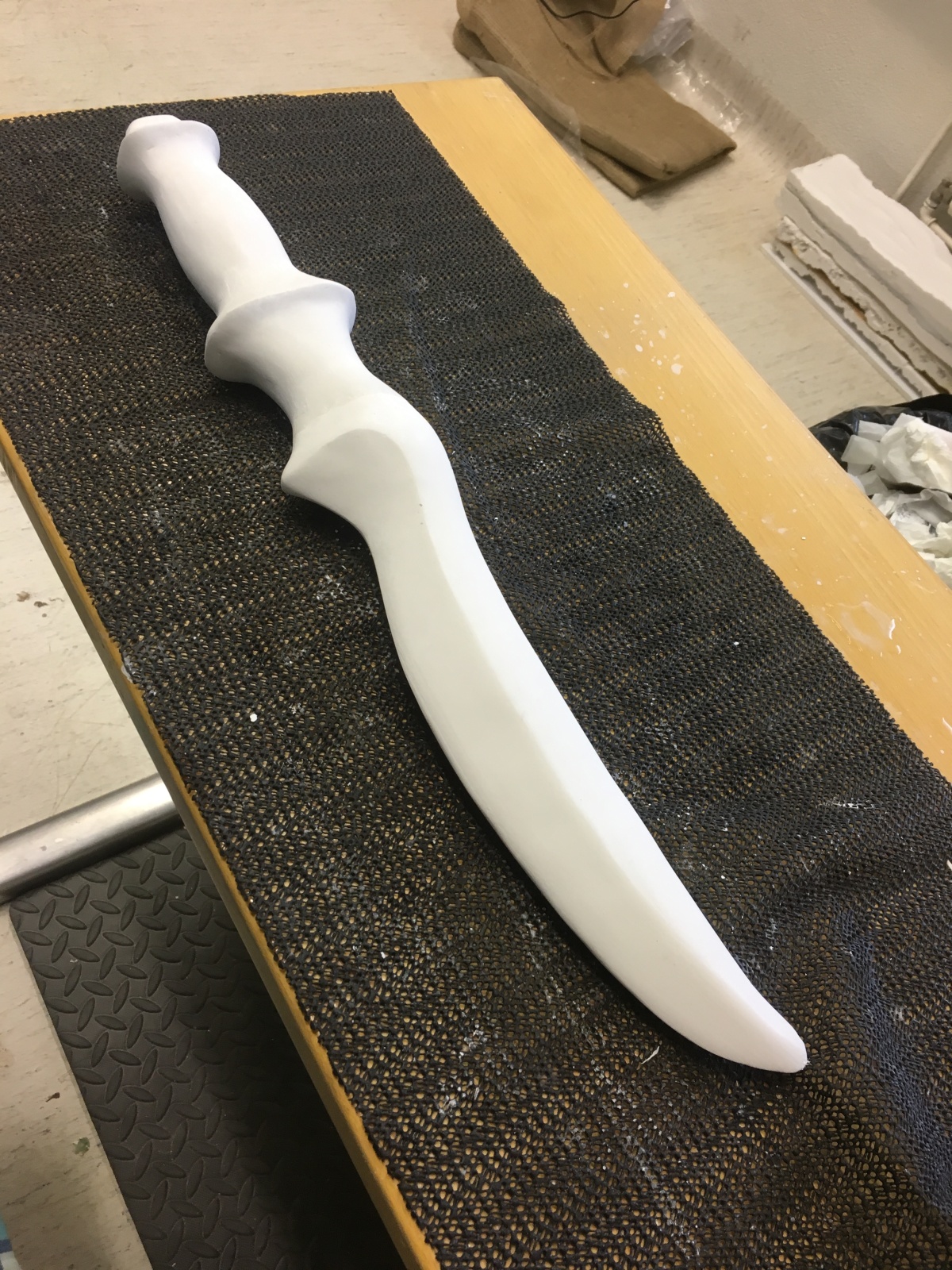 What an amazing ride last week was! Here’s where we left off with my last update: 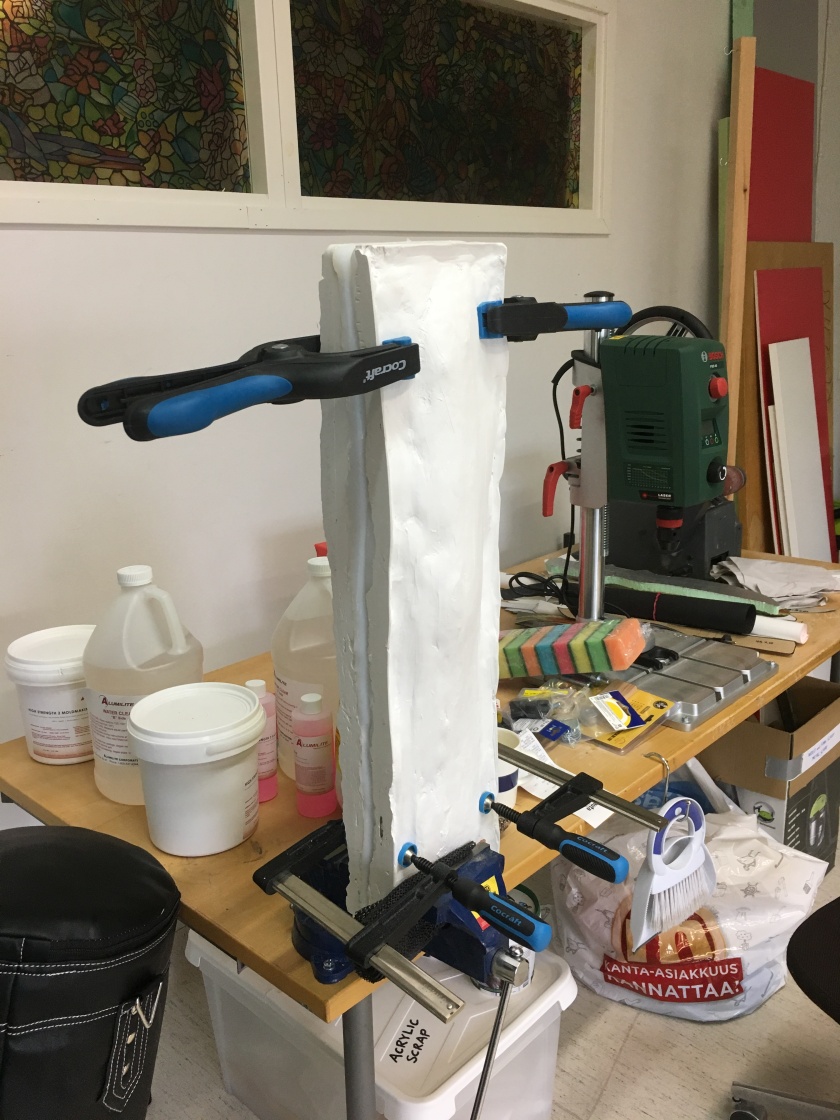 That’s the second prototype of Clariel curing in its silicone and plaster jacket. No way of telling if it worked or not. If it cured all the way through. If it cured with giant bubbles in it … So, it’s time to reveal what was hiding in that plaster cast. 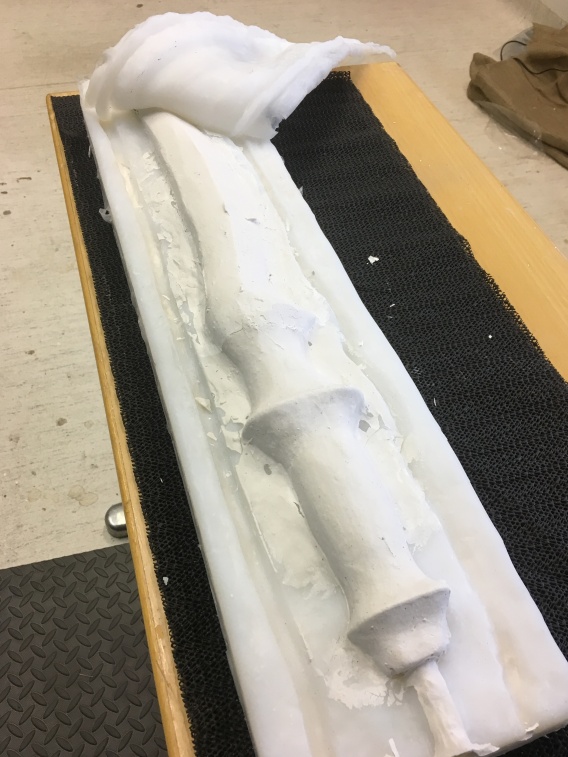 Ahhhhh it worked! It worked! It’s really rough on the surface there but the plaster is solid all the way through and the imperfections that are there are really small.

Let’s take it out of the mould. 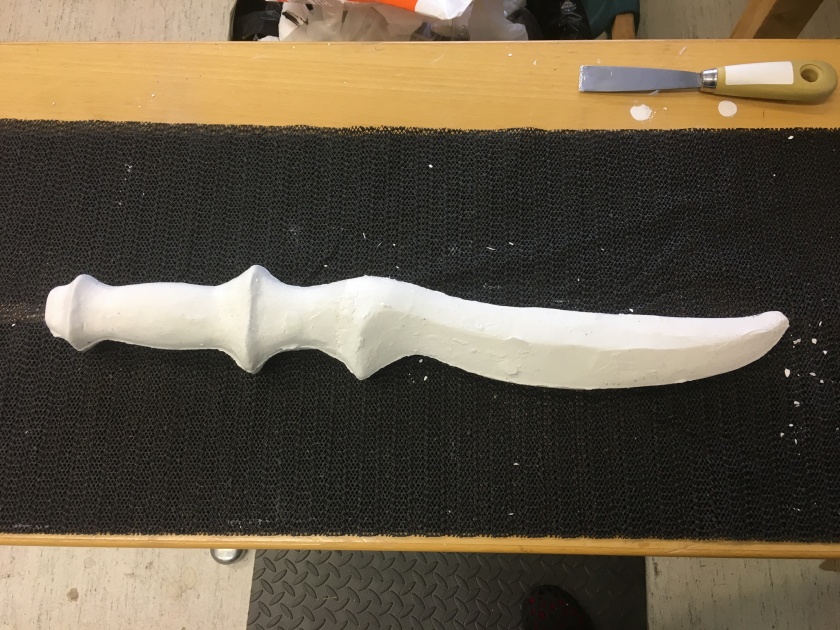 Aw yeaaah! Hello me beauty! I’d recognise that shape anywhere. No time to gloat though; let’s get sanding. 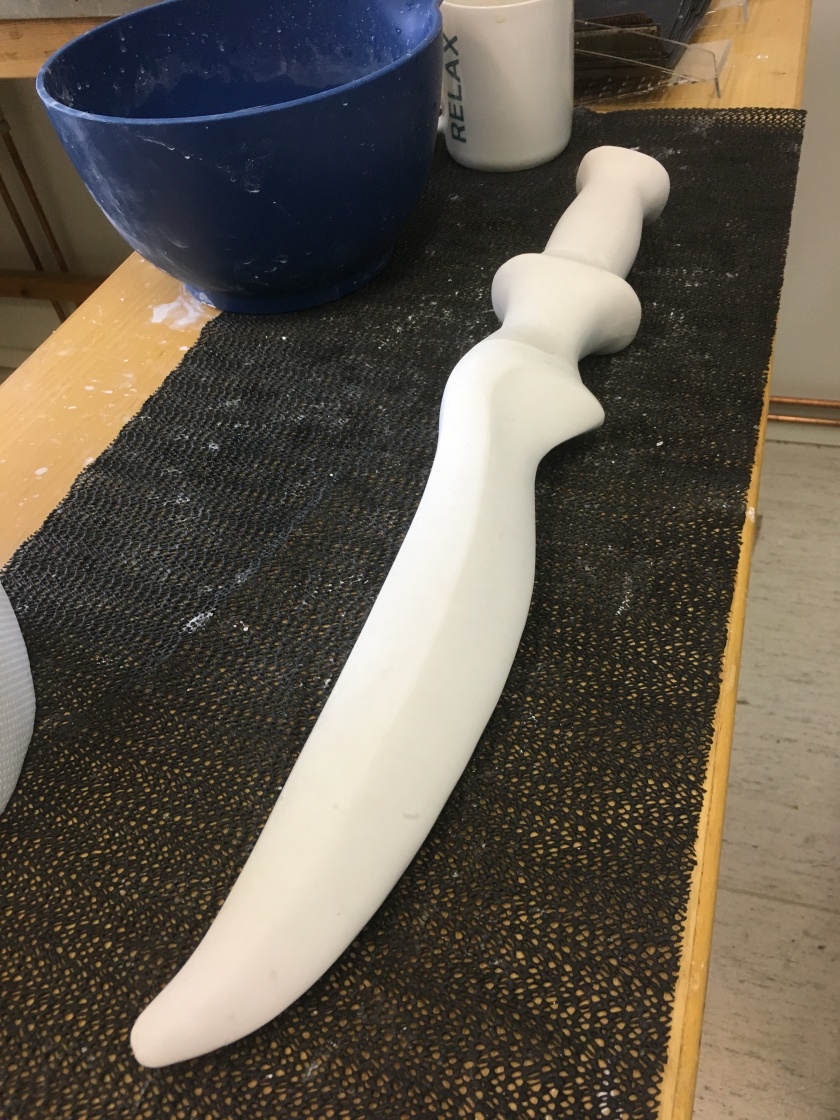 Ah, now that is just a lovely sight to behold. You can see a shift in colour where the handle is because I poured the plaster in two stages. Plaster cures with an exothermic reaction. That means it gives off heat while it’s hardening. I didn’t want to overwhelm the rather shoddy mould I’d made so I decided to do it in two pours instead of just one. Next time, I’ll do it all in one go as I’m more confident that the materials can take it.

There are tiny imperfections on that blade though I really doubt you can see them. I vibrated the mould while it was curing to jiggle the air bubbles up and out of the plaster so there really aren’t many bubbles and the ones that are there are really small. Still, this prototype has to be perfect. Any imperfections left will be present in every Clariel from now until I make a new mould.

The Iron Sisters aren’t known for their “okay” craftsmanship. 😉 I demand excellence!

This week, I am correcting the remaining errors in Clariel prototype 2.0 with a very fine spackle and … yeah … more sanding. Then it gets sealed and polished up just as shiny as I can make it. Then, we take a mould with the expensive professional moulding silicone. That mould will be the one that makes all my Clariel swords from now on.

Yes I’m terrified but hopefully we’ll have just as much luck as we had last week! Cross your fingers for me folks.

That’s all from me for now. See ya later!