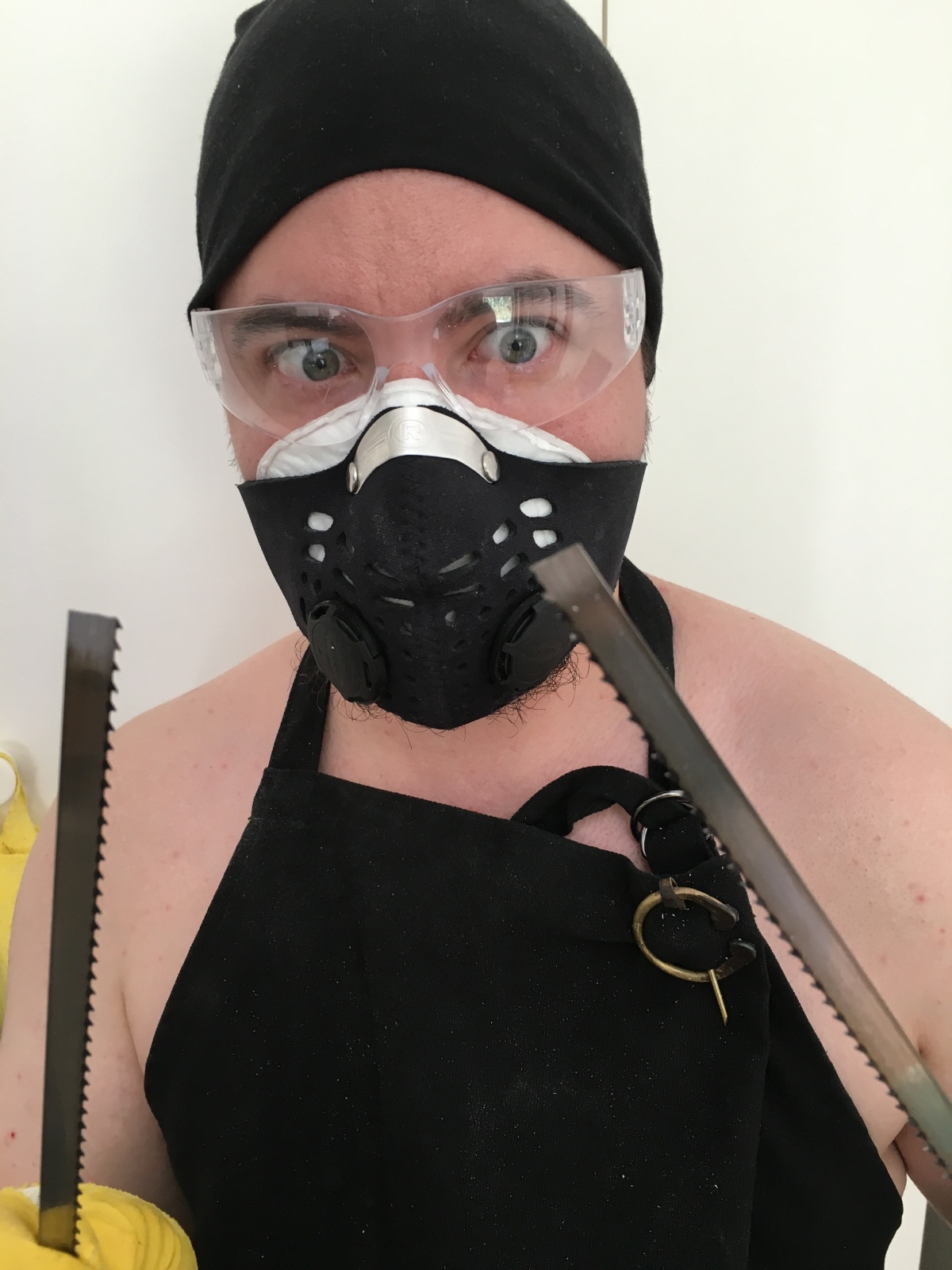 Holy crap I broke it.

Wow! That’s the second time I’ve busted a saw blade on Nibbles. Even though the acrylic slab I was working on is only an inch thick, it is a super dense material that means business. Don’t worry! No one was hurt. I’d like to thank the fine people at Cotech for designing a band saw that keeps the blade inside the machine when it snaps so it doesn’t come lashing out like Izzy’s whip. o_o Still scared the pants off me though.

Anywho, after about a half hour of farting around with a new blade, I was back to work.

Here’s a brand new short sword I’m working on. Yes it’s the one who broke Nibbles’ teeth LOL Remember, it’s not the size of the blade in the fight, it’s the size of the fight in the blade! This beauty is feisty and takes no crap from anybody. It’s modelled after … well, can you think of anybody short, feisty, and take-no-crap who might wield it?

So what about that long sword I was working on last week? I’m so glad you asked hypothetical person! 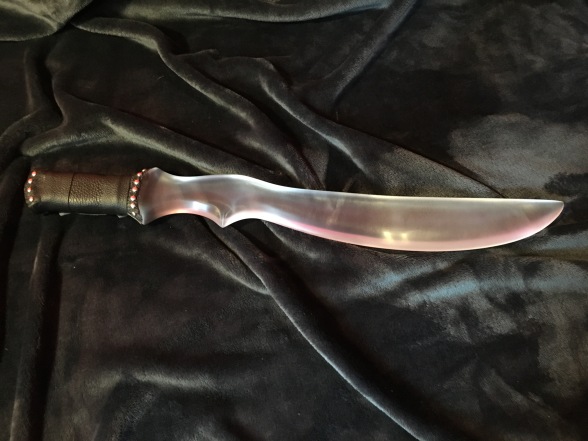 Whoa! What’s that on the hilt?

I can put metal studs on the handle? Sure I can! When we design a blade, you’re free to let your imagination run wild. Each Shadowhunter is a unique individual with their own preferences. It makes sense that their seraph blades are too, eh?

Demons despair; your end has come!

Yay shinies! … kay that’s a slightly less intimidating battle cry. Anyway! I just want to leave a small note here to let you know that I have two crafting slots left for November. Yep. All the Halloween slots are taken. As you can guess, they’re very popular and are grabbed up pretty quickly. But there’s still a chance to get some sweet seraphy (that’s not a word) goodness for the Holiday Season.

That’s all from me for now. Stay safe out there Hunters. 😉

2 thoughts on “What’s on Ethan’s Table This Week?”