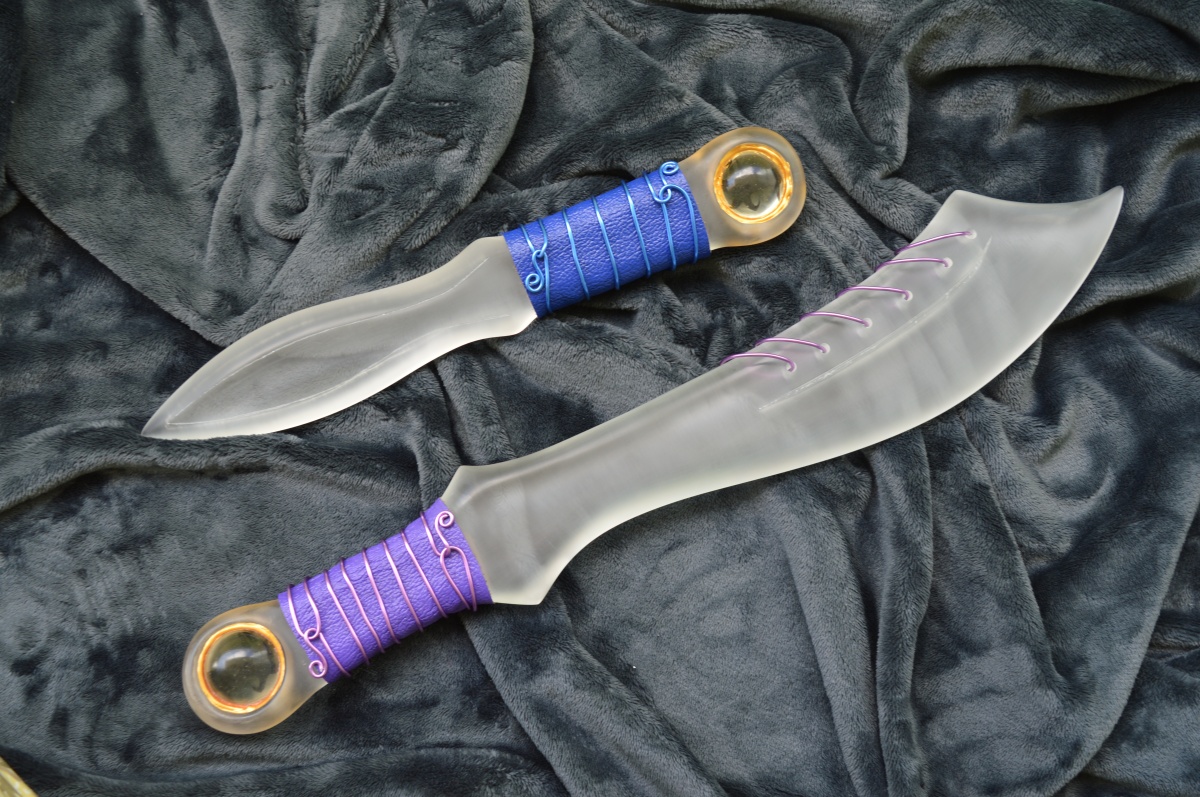 Blades at her side …

Yes indeed, these beauties were made for a Shadowhunter’s wedding. I wish the happy couple a prosperous and demon-free life together. Huzzah!

Zaapiel was modelled after the Chinese ring-sword, a very stylish blade. According to the historical writings we can find, the rings were meant to entangle the other person’s clothing or weapon, or foul up the edge of the opponent’s blade.

The rings and wrapping around the handle are made of anodised aluminium wire.

The pommel holds a resin jewel that I cast and then adhered in place with liquid acrylic. I like using this method to make jewel “sockets” because the acrylic bonds with the acrylic of the sword and becomes all of one piece. This way, there is no chance of any glue coming unstuck. There is no glue! It’s all solid plastic holding everything in place. Much more stable.

The gold leading I decided to add because I really wanted that gem to be eye-catching.

If you’re squinting at the jewel and thinking “It looks like there’s something in there …” you’re right! 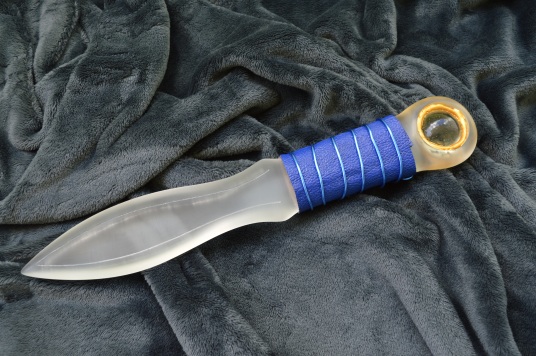 Tauriel is a dagger with a “leaf blade”. This shape was very challenging to carve because I had to get all the edges the same angle and even on both sides. Gah! Made me a little crazy but I think the end result was worth it!

The leaf blade shape is featured in many knives, spears, and swords and is useful for extracting the blade from the opponent’s body. While demons go poof when killed, if you don’t get ’em on your first strike, you’re going to want your blade back to go for a second poke right quick!

So how do they look in the dark? Oh y’know … 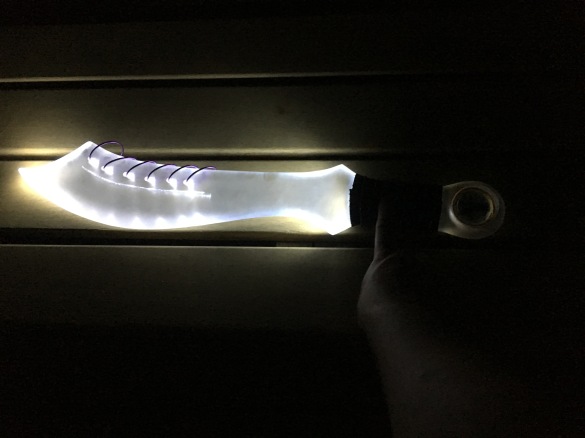 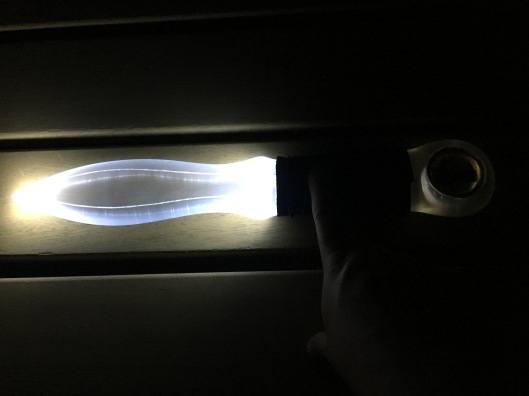 I was very pleased with how they turned out. The engraved lines and rings really added something special to the way the light played on the surface of the blades.

Even the pommels, while not as bright as the blades, still received nice illumination even with the light pointing the other direction. This is in part because of the shape of the blades. They swoop inward after the crossguard to give more interference to the light’s passage. That means the light reflects back toward the handle of the sword and we get more glow on the end. 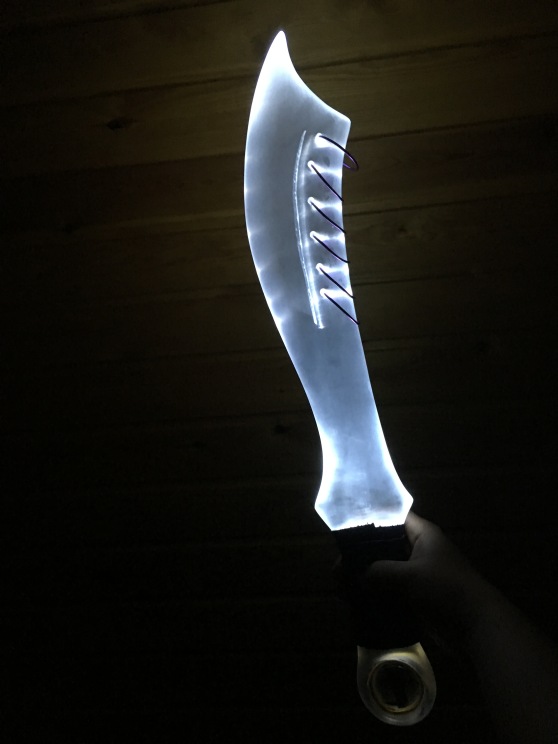 These beauties tested my skills and forced me to learn entirely new ones. Never before had I worked with casting resin or wire-wrapping.

Totally worth it. Hopefully I’ll get to see some wedding pics!

So, I’m back from vacation now. I wanted this to be my first post for my “triumphant return”. I think you can see why! I’m all caught up on my emails and I’m already totally covered in dust. Haha!  It’s great to be back. More updates coming soon!

2 thoughts on “Introducing Zaapiel and Tauriel!”