Yay! Ethan what are you talking about? I’m talking about my current project in partnership with Lost Chronicles BJD!

Remember this fella? Well we’re continuing to do the silicone moulding of our lovely Malechai’s head. 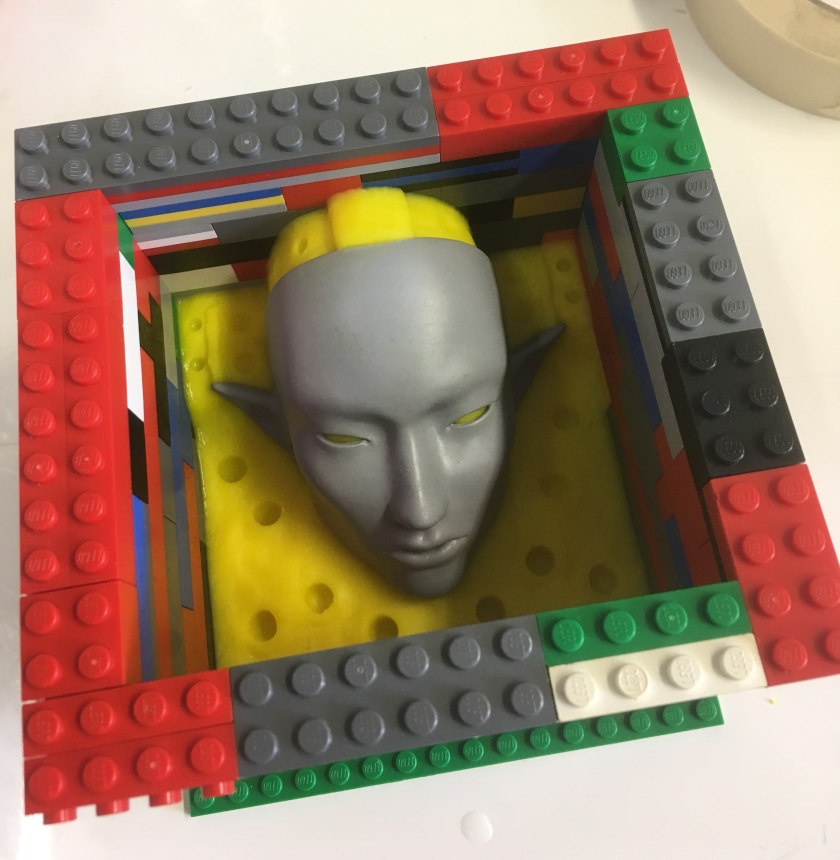 The paint-on technique with the silicone didn’t quite work in a way I was satisfied with so I decided to go the old-school way of pouring instead. Yes, I treated myself to Legos. I got tired of having to cut a new mould box every time I wanted to make something only to have to throw out the used foam board. Very harmful to the environment! 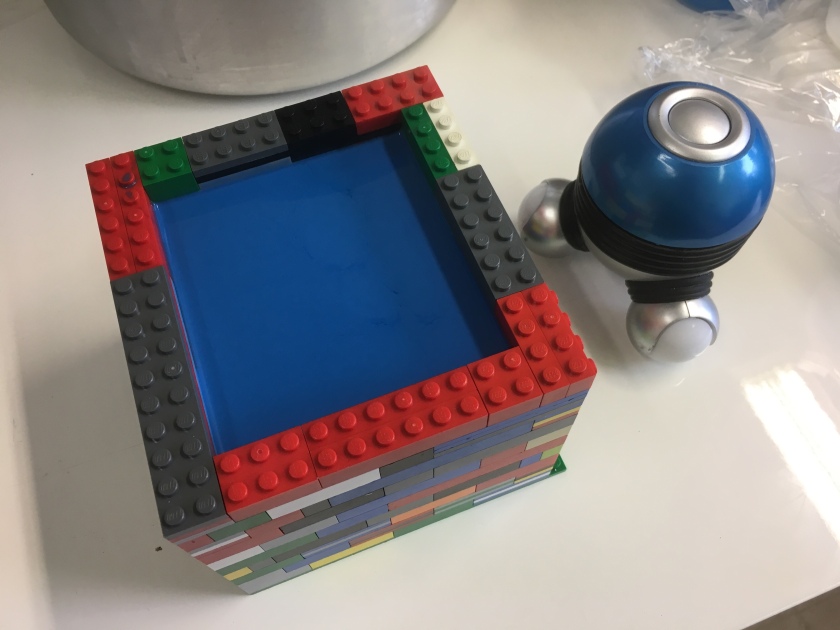 Somewhere under this blue goo there lurks a Malechai … What’s with the UFO sitting beside him? That’s a back massager that I use to vibrate out the last little bubbles from the goop before it solidifies. I do everything I can to get that perfect mould!

The Legos make a funny pattern on the outside of the mould.

Here’s the front side of the mould all cleaned off and ready to be re-boxed, sealed and have the second side poured! I did all that on Friday but forgot to take pictures … yeah. I’m professional like that. Ha!

What’s with the funny yellow antennae thing on his ears? Those are “vents” for air bubbles to escape into when I pour in the resin. You see, when you make a mould, you have to consider the rising level of liquid inside it and try to guess where air bubbles can become trapped. This will be all the high points. You can either make little shafts or an extra “tag” or two here and there or you can make a full vent that will come right to the surface of the mould.

Here, I decided to just make a shaft on each side. To save a little bit of resin. The air bubbles will rise into the shaft as the level of liquid resin fills up the mould. The tips of those little antennae will have a bunch of bubbles trapped in them, making them ugly and full of holes. But that’s okay! Because the antennae simply get snipped off and the ears sanded smooth where they were attached. And nobody knows they were ever there! Except you, because you’re a cool person who reads my blog. ❤

Well I gotta get to work and unbox this lovely fella! Then it’s time to make a mould of his head cap (the back side of his head that can be removed to adjust his strings or replace the eyes with a different colour). Are you excited? I’m excited! Let’s go!